There are many transmitters used with FPV drones, but because they are different parts from FPV drones (RC quadcopters), they do not crash unless dropped.

In addition, frames, propellers, motors, etc. are repeatedly purchased for higher performance, but the transmitter is recommended to invest in the optimal transmitter because it will use the purchased product for a long time.

The RC/FPV drone transmitters I recommend are as follows: 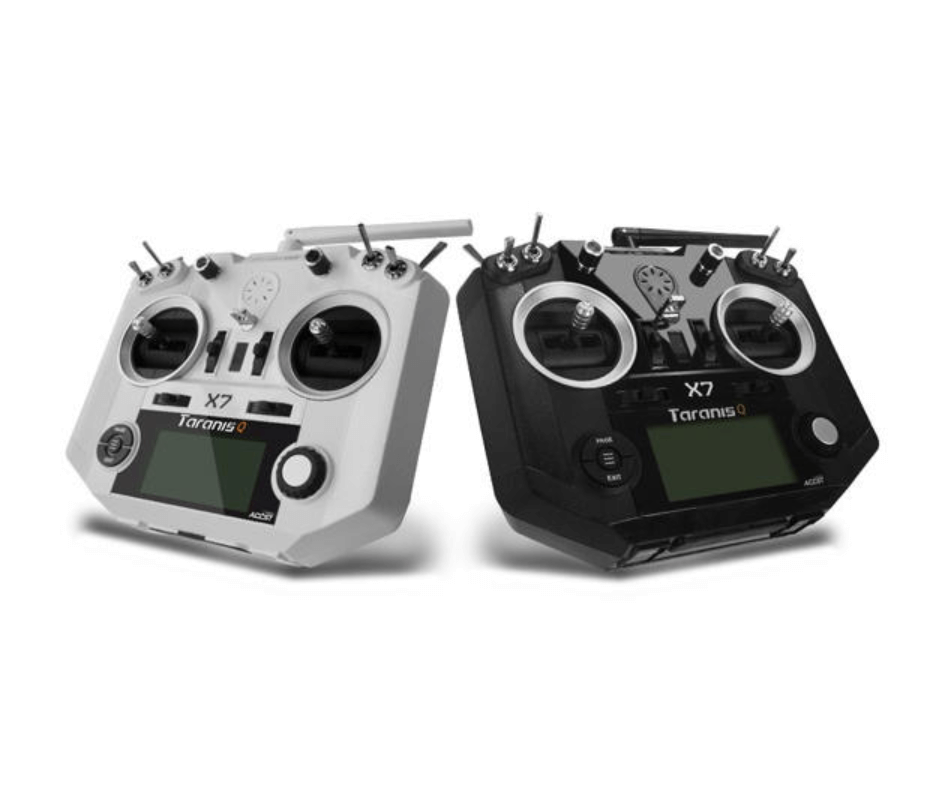 "Taranis Q X7" is a brother of "Taranis Q X9D Transmitter".One of the most popular drone transmitters used by FPV Mini Quad Pilot.

This radio is a little lower cost than the Taranis Q X9D, but it's almost the same in terms of performance and allows you to take advantage of all the features required by quad pilots such as telemetry.The only drawback is that it does not adopt the home sensor gimbal, but it is possible to purchase and replace the after parts.

The radio is available with highly programmable firmware OpenTX.In addition, it is also possible to use a communication protocol other than Frsky when using external modules. 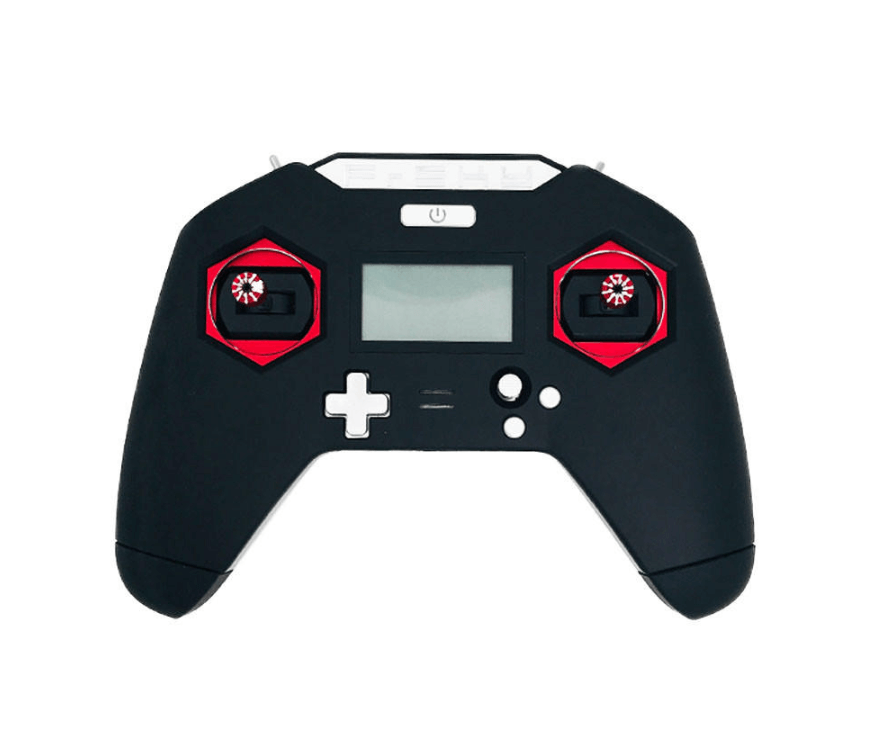 Taranis X-Lite is a sibling, but Taranis X-Lite S has added features such as charging modules.In addition, the Hall sensor gimbal provides higher durability and accuracy.

This radio is excellent in portability because of its small size, and is supported by FPV pilots around the world because of its appearance like a game console controller.

This radio is available with the highly programmable firmware OpenTX.In addition, by using the latest ACCESS transmission protocol, pilot latency is reduced and performance is improved. 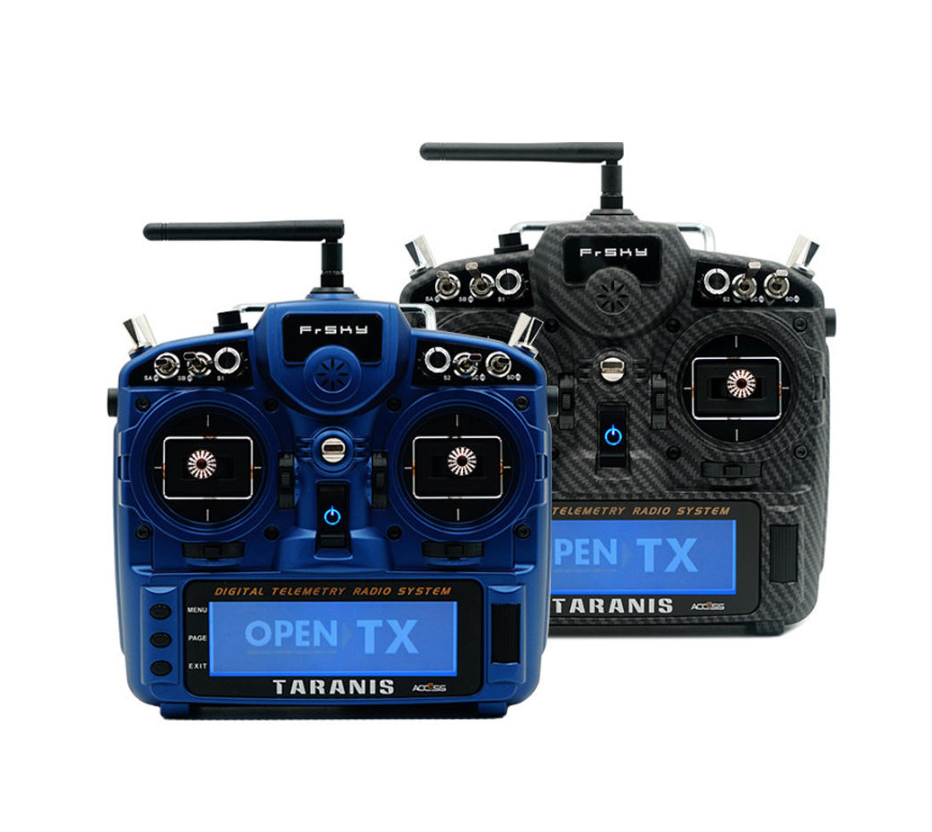 The FrSky Taranis X9D Plus SE is a high-end model transmitter and a special edition of the X9D that has been improved over the years.

Using the M9 hall sensor gimbal, it is possible to use the latest ACCESS transmission protocol.

The basic specification is the same as "Taranis X9D SE", but there are some updates, so please check the details in the shop etc.

There is no mistake in being the transmitter of the highest peak. 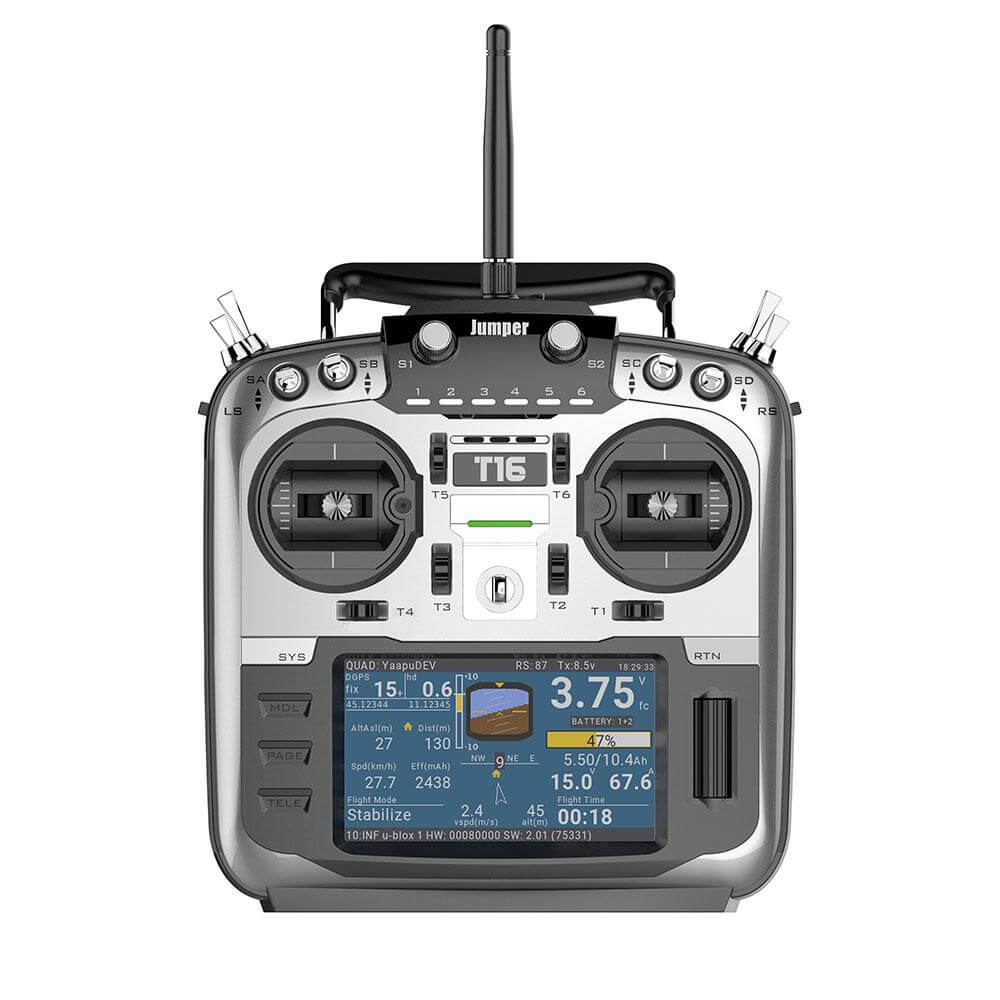 The JumperT16 is a unique transmitter with a color LCD monitor.

Since the product comes with a multi-protocol module, it is possible to use a number of communication protocols.At the time of release, a special firmware called JumperTX was adopted, but the program became possible from the PC by the fact that OpenTX was able to be used.

Jumper products are popular radios for the core layer who love it.

Points to note when purchasing transmitters for RC drones

FPV drone radios have mode1 and mode2, and the operation method is different.And many radios offer the option to choose different modes.

Many FPV quad pilots have chosen intuitively operable mode 2.You don't have to worry when you want to change the mode, and on many radios you can change the mode by replacing the left and right sides of the gimbal.

It is recommended to select a radio that uses Hall sensor gimbal.

However, if a mod is available for the Taranis X7, you don't have to worry because you can replace the gimbal.

There are many protocols in transmitters and receivers.And if you do not select the same protocol, you will not be able to operate the quad without being able to have a conversation.

This article focuses on transmitters that use Frsky's protocol.If you want to choose a protocol other than the one frsky offers, you can solve it by purchasing a separate multiprotocol module.

The transmitter for RC drones can be used for a long period of time once purchased.You will be able to achieve the best cost performance by making the best choice.

I am the webmaster "mocca" of "DroneClub". We will be adding articles little by little in the future, so thank you.

[Betaflight setting manual] explanation of how to use from the download